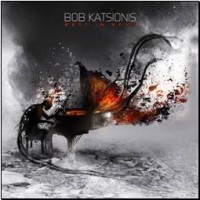 World renowned keyboardist Bob Katsionis returns with his fourth solo album, ‘Rest In Keys’. In between touring the world with Firewind and Outloud and running his increasingly busy companies Progressive Vision Group and Sound Symmetry Studio, Katsionis is always writing and working on new song ideas. ‘Rest In Keys’ is the long over due follow up to ‘Noemon’ and features some of the keyboardist/guitarist most realised music to date.

As well as his undeniable talent for writing complex and intricate instrumental music Bob is also well known for his knack of penning instantly memorable songs. ‘Rest In Keys’ brings together the best of both those worlds. From the haunting ‘Rendevous In The Sky’, featuring Leaves’ Eyes vocalist Liv Kristine and ‘On My Own’ (driven by the powerhouse voice of Monument’s Peter Ellis) to the spectacular ‘Poseidon’s Rage’, where Bob spars with his long time friend and band mate Gus G (Firewind/Ozzy Osbourne), onto the epic ‘The 4 Seasons Of Love’, ‘Rest In Keys’ is easily the jewel in the Bob Katsionis solo canon.

The only place to buy ‘Rest In Keys’ and for exclusive bundle offers please head here: