On 23rd October THE LAST VIKING will be out: https://fanlink.to/LeavesEyesTheLastViking – here are some interesting questions for Elina:

Which was your favourite song to record for ‘The Last Viking’?

Elina: I enjoyed recording all of the songs because I was able to use my voice in so many different ways. However I really liked making the arrangement, playing the piano and recording the vocals for the acoustic version of ‘Dark love empress’

There are again some strong female figures on this album. Which of them would you like to portray on stage?

Elina: I brought Ellisiv, the Black butterfly on stage which gave opportunity for some great visuals! But I could also imagine being the Valkyrie, which I already portray on the album cover.

How did you choose the outfits for the music videos?

Elina: We discussed that and wanted to have outfits that would compliment the songs, the mood and character of the videos. It was a combination of separating me as a singer and character, plus different shoot locations. I also made some of the outfits myself as I tend to alter and tune a lot of my stage clothes too. 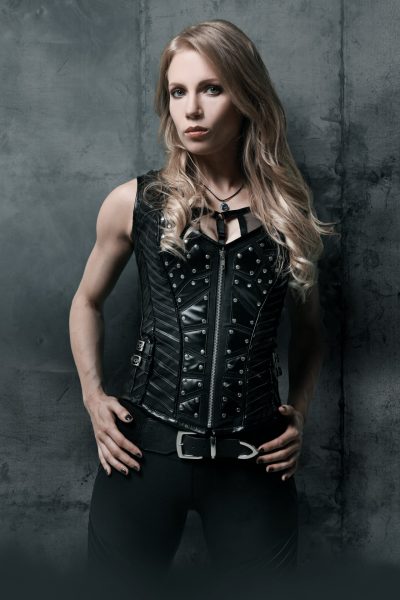 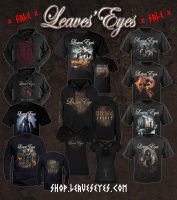 Get the brand new LEAVES’ EYES shirts and Merchandise on %SALE%!!!! shop.leaveseyes.com