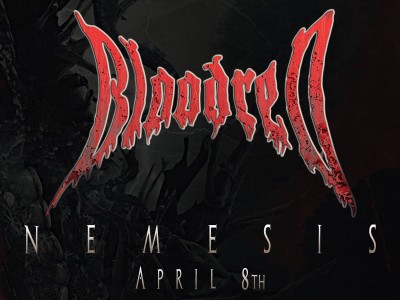 “NEMESIS” will be the title of the new BLOODRED album. It is set for a worldwide release on April 8th, 2016. The album was recorded, mixed and mastered at the established Mastersound Entertainment studio by Alexander Krull (ATROCITY, LEAVES´ EYES).

Commented by Ron Merz: “It took some time but finally the release date and the album title are set. After finishing the album in the fall of 2015 I now can´t wait to release this record to you! For this album I once again went to Mastersound and recorded it with Alex Krull. I ´m also extremly happy that Joris Nijenhuis is playing the drums once again. “NEMESIS” shows all the different aspects of BLOODRED: ultra-fast parts combined with mighty riffs and beautiful melodies unite to an diverse and intriguing epic Blackened Death album.“

Alex Krull enjoyed working with BLOODRED again: „It was a pleasure and great fun to work for Ron on the upcoming BLOODRED album “NEMESIS”. Sounds awesome! Superb Black/Death Metal!“ 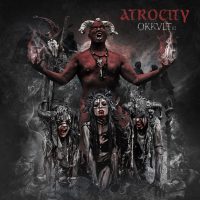