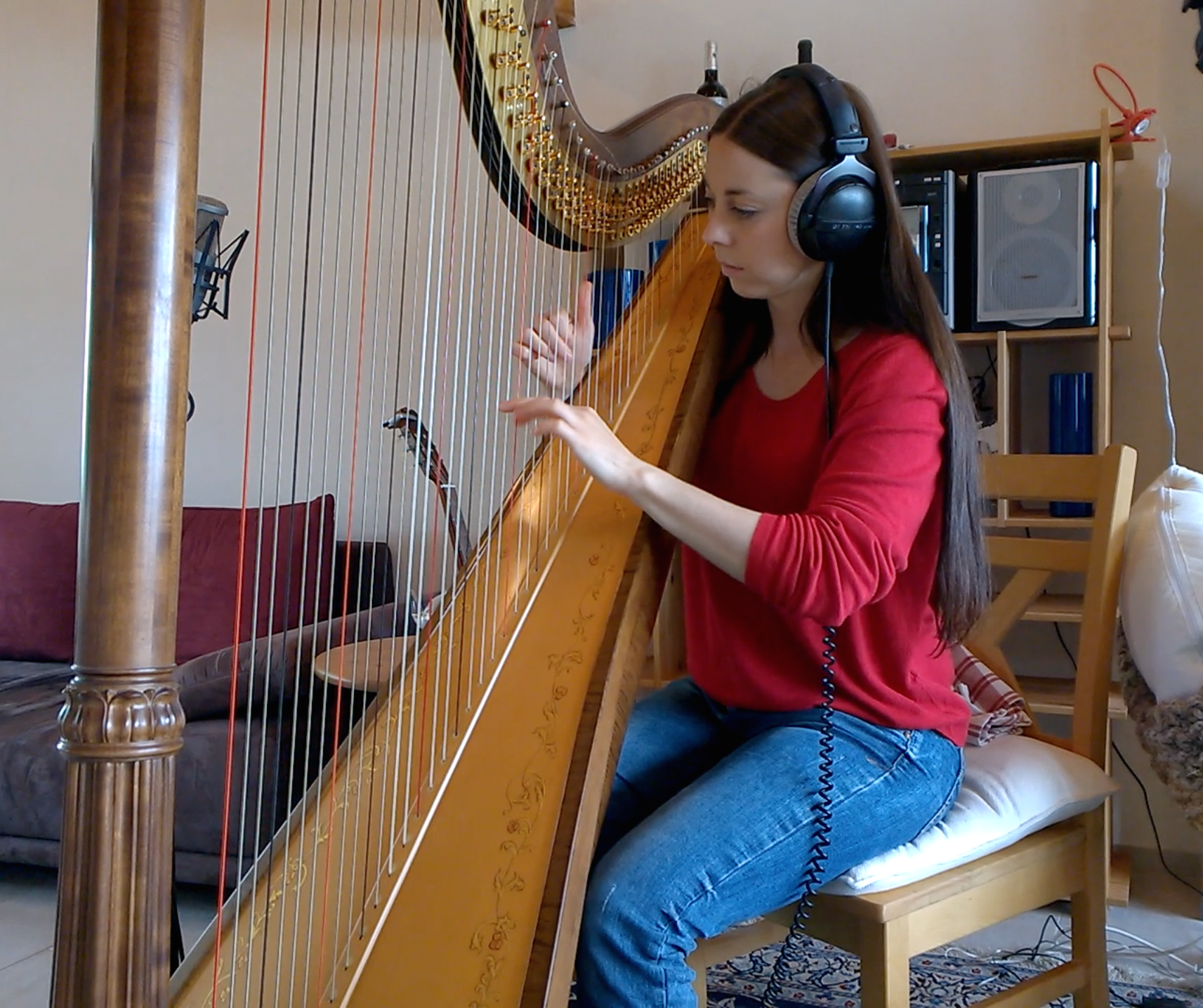 lovely Kathrin Schlumpf plays the harps on the album “King of Kings” which were recorded in Switzerland.

The Japanese Bonus track comes with a special acoustic harp version of “King of Kings” which turned out absolutely amazing. “This is one of my fave tracks!” states Liv, “I love the way the harp is played on the “King of Kings” theme. We decided to re-record the vocals for all the acoustic bonus songs, as they sound very special and demanded a different approach of instrumentation and singing.”

Kathrin Schlumpf aka Niversus adds: „I am very excited to be a part of the new Leaves Eyes’ Album „King of Kings“. Alex came up to me and asked, if I wanted to participate on the album. He heard, that I play the concert harp and of course, I agreed! Recording harp for such a great album is a big honour to me and the final result of all the songs sounds amazing! The harp just perfectly fits into the orchestral yet celtic touch the album has and of course very much flatters Liv’s voice. I recorded everything at home, in my own little studio. It turned out to be a very creative and exciting time for me, for I not only recorded harp but also did most of the harp arrangements myself. Also, it’s an honor to be on the Japan Edition of King of Kings, where there is a Bonus Track of an acoustic version of the title song „King of Kings“. This song takes you beyond… 😉