LEAVES’ EYES – Artwork and title of upcoming album revealed! Get ready for “King of Kings”! 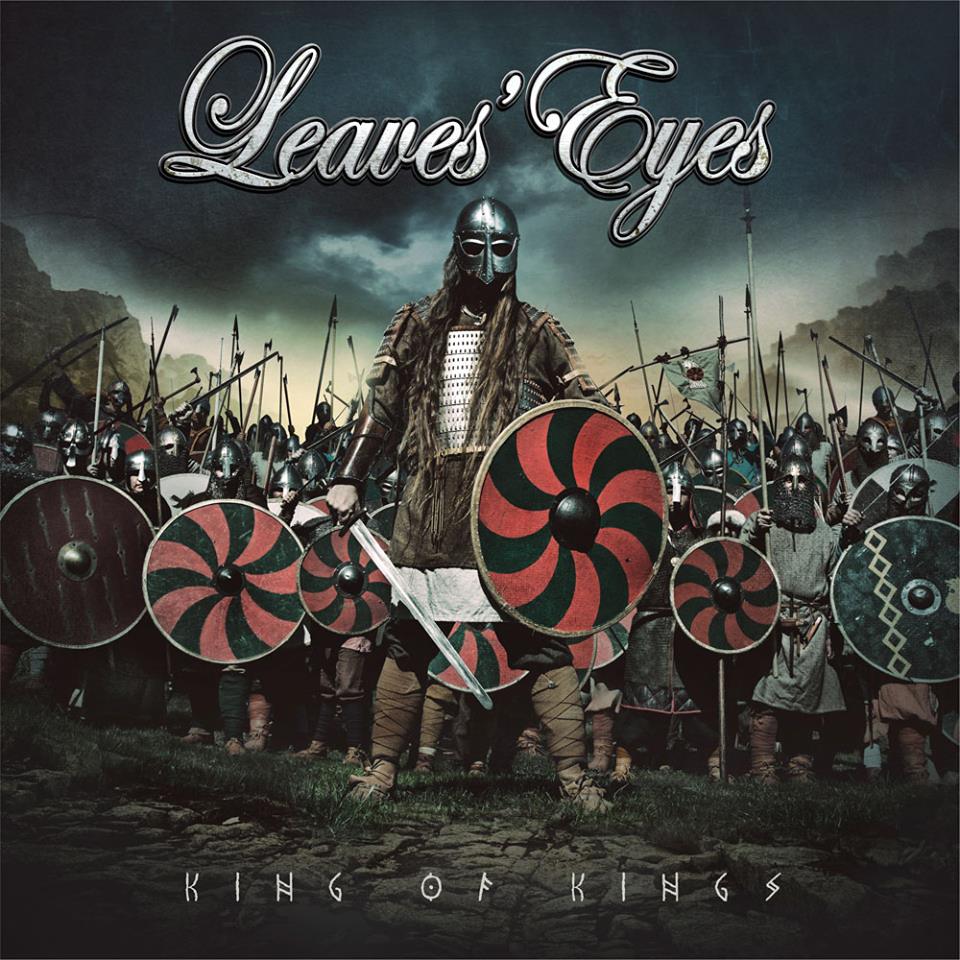 Hafrsfjord, Norway’s west-coast. A.D. 872. Did you hear what happened?

Harald Hårfagre (c.850-932), remembered by medieval historians as the first king of Norway. The battle of Hafrsfjord is described in the Saga of Harald Hårfagre (Harald Fairhair) in Snorri’s Heimskringla. Harald defeated several petty kings and the battle is considered decisive in the unification of Norway. The seabed in Hafrsfjord hides many secrets and many traces. Moreover, Hafrsfjord is my birthplace. With our upcoming album we would like to take you on a journey through a highly interesting chapter in Scandinavia’s history.

Those of you who were present at our latest concerts surely noticed that there’s one new song on our setlist, “Halvdan the Black” – one chapter of the upcoming album “King of Kings”! Halvdanr Svarte (c.810-860) was a ninth-century king of Vestfold, Norway. He belonged to the House of Yngling (son of Odin’ line) and was the father of Harald Fairhair. “Halvdan the Black” is just the start of an amazing adventure!

This production is one unique soundtrack – a brilliant and impressive auditive experience. The album was recorded in Germany, Norway, England, Netherlands, Belarus and Switzerland. “King of Kings” is produced by Alexander Krull at Mastersound Studio. Outstanding musical colleagues and ensembles have contributed with their guest appearances like the London Voices Choir (Lord of the Rings, Star Wars, The Hobbit, Harry Potter).